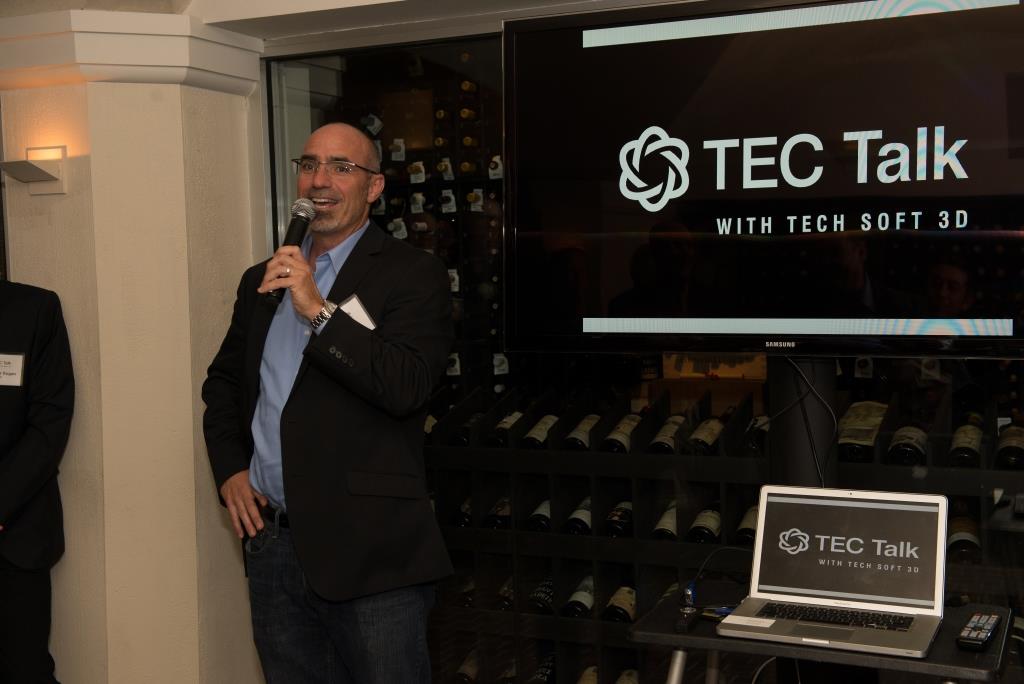 Last week we hosted the 3rd annual TEC Talk in Boston. Even though we were competing with the Red Sox on TV, we still drew a great crowd – and I had so many comments afterward that I just had to write about it.

First, what the heck is TEC Talk? No, it’s not really about technology and it’s not a take on TED Talks. Well, maybe just a little bit of a riff on TED Talks…..

TEC Talk is a gathering of leaders in the engineering software industry – ranging from retired company founders who “cashed out,” major company CEOs and senior leaders, young heads of well-funded start-ups and a sprinkling of industry investors. Given the audience, it’s a pretty small event – 50 guests in all – and the venues are chosen to fit pretty much exactly that amount. As you’d expect, most of the guests were from Boston, but there were people who flew in specifically from Germany, UK, Russia, Japan and Korea to be there. I guess word is getting out!

What happens at TEC Talk? The name tells the story. When we’re not eating excellent food and drinking great wine (this year’s was held at Mooo....), people talk. In an industry like ours, many of those who attend know one another from previous stints on the same team or as competitors and they thoroughly enjoy catching up with old friends. In a room that full of interesting people, you’re also bound to run into people you don’t yet know and make some new friends. As you might imagine given the level of the audience, lots of interesting partnership conversation occurs as well. There is also lots of information and opinion sharing, both from the one-on-one conversations as well as a couple of brief presentations by industry leaders.

One thing that does NOT happen at TEC Talk is that no one plugs their company, products or solutions. It's decidedly not about selling. It’s entirely about connecting, sharing and learning. And it’s incredibly fun. I can’t speak for everyone else, but for me, it’s the highlight of my annual travel calendar.

If you were one of the 50 folks who were there in Boston last Thursday, feel free to share your experiences. What makes TEC Talk a great evening for you? What was something interesting you learned or someone interesting you talked to?

For those outside of Boston, do you think there’s a critical mass of engineering software leaders in your city or region to support such a gathering? If so, get in touch and we’ll see how we might be able to pull it together.