When to speak out?

When to speak out?

As we come up on the first anniversary of our Day for Equality, I’ve been thinking about my blog related to that event which was inspired by the protests in the wake of the killing of George Floyd. A year onward, it’s clear there is still a very long way to go here in the U’S. and around the world to be able to say that we live in a fully just world, where all people are treated equally and where all have the same opportunities. But we must continue steadily down that long path.

What has been on my mind lately regarding this subject is the question of when it makes sense for a CEO to speak out on an issue and when it doesn’t. I’ve talked with quite a few fellow CEOs about this and it’s clear that this is a challenging question with no simple answer. While I don’t offer an answer here, I will share my thoughts on the things that I think a CEO should consider before deciding whether to speak out on behalf of their company on a particular issue. 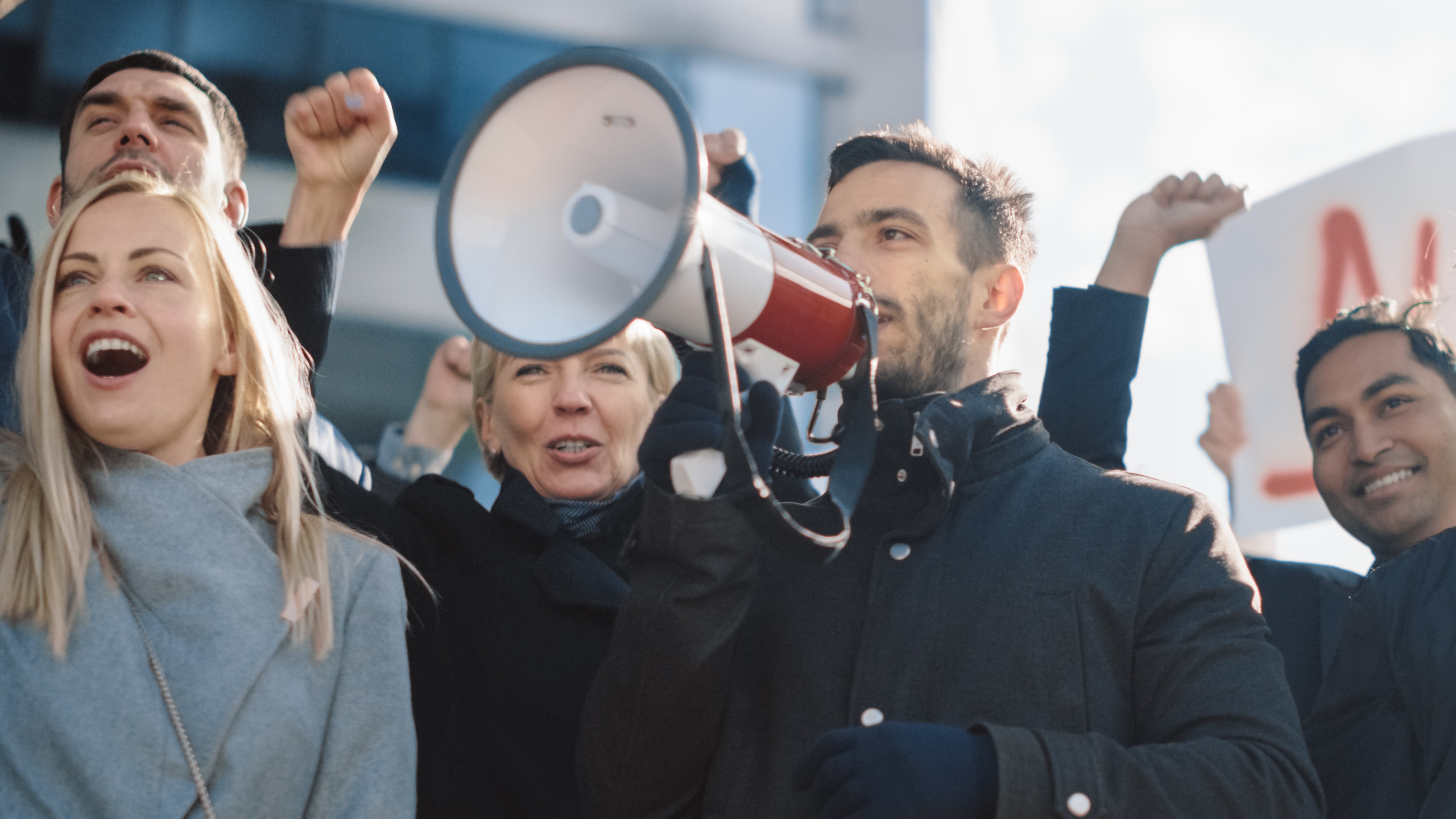 What should the role of a corporation be when it comes to social issues?

This may seem obvious, but it helps to get clear by first asking yourself what role you think a corporation should (or shouldn’t) play in terms of certain social issues. Some believe that a for-profit corporation has no business weighing in on issues that do not directly impact them. Others believe that the business sector is an important voice that needs to be heard by political leaders and that corporations can (and should) be an active force in supporting the societal change they would like to see. I recommend you get clear on your stance here because whether you see it one way or the other (or anywhere in between), you will be challenged by stakeholders (employees, customers, investors) who may see it differently. Have a well-considered position and be ready to defend it.

Is this about you or the company?

The next thing to consider is that as CEO, when you personally speak out on a subject it is unavoidable that you will be seen as speaking for your company. Even if you’re expressing your personal views on a social media platform like facebook, your publicly stated views will be seen as being made on behalf of the company. As a result, you should really ask yourself whether this is your issue, or whether this is relevant to your business – and also consider the impact on the business of you sharing your personal views.

What will your employees think?

You’re the leader, and in these kinds of situations you shouldn’t necessarily make these kinds of decisions by taking a poll. If you conclude that speaking out is the right things to do, then do it. However, you should consider whether your employees will feel positive about the stance you are taking, or not. As the voice of the company, you are also speaking for the employees. It’s unlikely that 100% of employees will share your point-of-view and you’ll have to consider that. If 90% of employees are likely to feel highly energized and proud to be working for a company that is speaking up on this issue, that’s an argument in favor. If you think a majority will be neutral or negative, think again. Maybe it’s not an appropriate issue or stance for your company.

Is this issue relevant to your business in some way?

The word ‘relevant’ here can be thought of either narrowly or expansively but consider whether or not there is some connection between the business you are in, your core values, your company mission & vision and the issue at hand. If there is, you have a solid basis for speaking out. If not, think twice. For example, if you have made public statements in support of diversity and inclusion, then you have a relevant reason to speak up on issues in this area. However, if there is nothing about your business that connects you to protecting the environment, a significant statement about off-shore drilling, for example, may not be appropriate.

Can you also take meaningful action?

Words ring hollow if there is not corresponding action. For example, if a specific US state passes a law you disagree with, is there some action you can take to reinforce your words? If you have a significant employee presence in that state, or you hold (or plan to hold) a major event there, perhaps there is some direct action you can take. If not, consider whether your words alone will have enough impact to make the risks worth it (more on risks later). Even more significantly, if you are speaking out about an issue like diversity & inclusion, but you aren’t working hard on these issues inside your company, use caution. No one likes a hypocrite.

Are you fully aware of the issue?

Before speaking up, make sure you’re fully educated on the issue from different perspectives. Taking a ‘knee-jerk’ stance may end up making you look foolish. If you aren’t passionate enough about the issue to take the time to really learn about it and hear other sides, then perhaps it’s not important enough to speak out. As an example, in the US several states are passing legislation that is viewed by many as trying to disenfranchise certain voters. If I am going to speak up about that I’d be wise to fully understand exactly what’s in the law and try to learn the arguments for and against.

What is your criteria?

Every issue is different, but as much as possible you should have some criteria that guides your response. Using the voting rights legislation above, I would want to be clear on what would make the proposed legislation acceptable in my view. I need to know this in order to be clear on what I would need to see in order to change my stance. Similarly, I would want clear criteria so that I would know whether to speak out (or boycott, etc.) against other states that may pass similar legislation in the future. How do I decide what puts someone on our ‘banned’ list? What changes to those laws would get them off the ‘banned’ list?

What is the ultimate outcome you are after?

You’ll want to be clear on this. In the example above, you may want to add your voice in an effort to defeat a certain piece of legislation (or to have it modified). Are you hoping to simply add your voice to a chorus of other companies so that legislators are clear on the stance of the broader business community? Are you trying to communicate to employees (and potential new employees) that you are a company that actively ‘lives’ your values? All of the above? As with anything, knowing what you hope to achieve will help guide which actions are most appropriate.

Are you over-using your voice?

We all know the story of the ‘boy who cried wolf’. If we raise our voice for everything, we risk our words not being heard. Yes, there are plenty of issues that may deserve us speaking up, but if we want to make an impact on the issues that are most important to your company, you’d be wise to focus your voice for maximum effect.

What is the business risk?

This may seem distasteful to consider since suggesting this may be getting close to saying that we would not speak out against an important issue because we are worried about economic impact. It’s certainly true that there are times when the issue is so significant and important, that we simply must speak out without concern for the economic impact. As leaders, though, we often need to make these kinds of balanced decisions. It is certainly reasonable to at least pause to weigh the potential negative impact on the business against how important this issue is. We must remember that if we make a stand that has a very negative impact on the business, that could lead to negative impacts for our employees. Would they want us to take that risk? Would they consider it worth it? Perhaps. A side note here is that we may be surprised by the ultimate impact. For example, if we speak out on an important and relevant issue, we may lose customers, investors or employees. On the other hand, by taking a specific stance we might well gain different customers, investors of employees who are drawn to the company’s values.

As we can see from the list above, these are difficult questions to navigate with many factors that must be weighed against one another. That’s the nature of the hard decisions you, as a leader, need to make and I hope this guide helps to clarify things when you’re faced with that challenge.

I’d love to hear other ways leaders have thought about these issues in the past to help us all navigate these decisions in the future. Send me a message at ron@techsoft3d.com.